“Dzawada̱ʼenux̱w and Kitasoo/Xai’xais have sustainably cared for their unceded lands and waters for thousands of years,” stated Huux̱ Percy Crosby, Chair of Coast Funds. “The renewable energy investments we’re proud to announce today are a testament to these sovereign Nations’ leadership in stewarding and safeguarding their territories, demonstrating a pathway to sustainability for all communities in British Columbia and around the world. We are grateful for our strong relationships with these Nations and our partnership with the Province of B.C. to empower these investments under CleanBC.”

By moving forward with these major renewable energy investments, DZAWADA̱ʼENUX̱W FIRST NATION and KITASOO/XAI’XAIS FIRST NATION are reclaiming their energy sovereignty and increasing community resilience in their communities: U’kwanalis (Kingcome Inlet) and Klemtu (Swindle Island). Through these projects, the Dzawada̱ʼenux̱w and Kitasoo/Xai’xais peoples reduce the transportation of fossil fuels along the B.C. coast, decreasing the threat of spills in their unceded territories on the Pacific Coast of Canada, a region that is renowned for its globally significant ecological and cultural importance.

Beginning in spring 2021, Dzawada̱ʼenux̱w First Nation will initiate the construction of a new hydropower facility for their village of U’kwanalis located on Gwa’yi (Kingcome River) in Kingcome Inlet, northeast of Broughton Island. 95 Dzawada̱ʼenux̱w people currently call U’kwanalis home, a community that has been dependent on diesel to generate its electricity for over 20 years. Dzawada̱ʼenux̱w First Nation’s new investment announced today is expected to result in a 97% reduction in diesel consumption with a reduction of 30,200 tonnes of greenhouse gas emissions over the operating life of the hydropower facility. Dzawada̱ʼenux̱w will further invest in new employment and training opportunities throughout the construction of the new facility and its ongoing operations.

“Dzawada̱ʼenux̱w have been striving to return to renewable energy sources since we first began depending on diesel-generated electricity in the 1990s,” said Dzawada̱ʼenux̱w Chief Willie Moon. “We look forward to returning to a clean energy source to power our community and appreciate the financial support provided by Coast Funds and the Province to construct our Padakus Hydropower Project.”

Coast Funds is a globally recognized model of Indigenous-led, permanent conservation finance that invests to strengthen the well-being of First Nations and the ecological integrity of the Great Bear Rainforest and Haida Gwaii regions of British Columbia, Canada. Founded with $118 million in 2007, Coast Funds is a partnership of private foundations and government. As of June 2020, Coast Funds has approved $100.7 million towards 395 conservation and sustainable development projects. For more information, visit: COASTFUNDS.CA

Renewable Energy for Remote Communities is a key component of the Remote Communities Clean Energy Strategy, announced in the Province of British Columbia’s CLEANBC PLAN. CleanBC contains both actions to reduce greenhouse gas emissions and build the B.C. economy. The CleanBC plan was developed as a pathway to achieve the Province’s legislated climate targets of reducing greenhouse gas emissions by 40% by the year 2030, based on 2007 levels. For more information, visit: CLEANBC.GOV.BC.CA

SAVE THE DATE: Provincial All Candidates Meeting - Mount Waddington

All Candidates Meeting - Follow-Up Q&A from Candidate for the Office of Mayor, James

All Candidates Meeting - Follow-Up Q&A from Candidate for the position of Councillor, Stephanie Coe 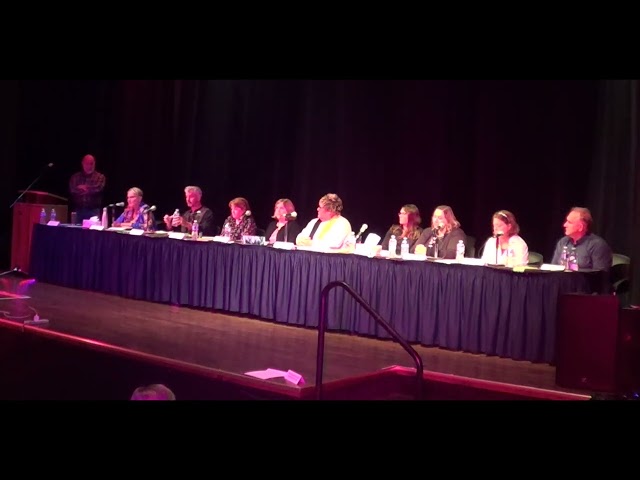 Nomination Deadline Extended for Business Awards! Send your nomination in by October 10th to

All Candidates Meeting - Follow-Up Q&A from Candidate for the position of Councillor, Leighann Ruel